It’s been a while since I posted a recipe on here! I haven’t done much baking of late and all cooking has been the usual recipes. I am on a mission to change that in 2013, though.

I was recently asked if I would like to review a muffin tin from George Wilkinson Bakeware. I have a few muffin tins so nearly said no but stopped when I noticed that the tin in question was covered with GlideX, which eliminates the need for muffin cases. I don’t love muffin cases so I thought I would give it a go. 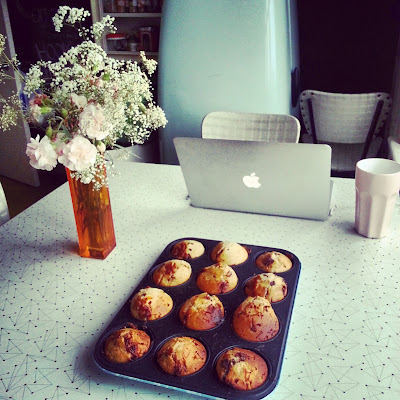 I put it to the test literally a couple of hours after it landed on my doormat. I had a couple a bars of chocolate lying around so decided to put them to good use and make white and chilli chocolate chip muffins.

I sprinkled some orange peel on top of half of them to add a bit of variation and I have to say, they turned out very nicely! 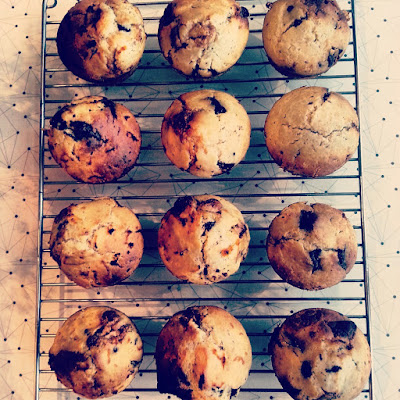 1. Mix the flour and baking powder together in a large bowl. Rub in the butter until the mixture resembles breadcrumbs. Stir in the sugar and the chocolate chips.

2. In a separate bowl mix the eggs, milk and vanilla extract together and once mixed, pour into the dry mixture and mix thoroughly.

3. Spoon the batter into the muffin tin, scatter orange peel on top and bake for 15-20 minutes or golden.

4. Leave to cool for at least 15 minutes before transferring to a cooling rack.

Verdict on the tin – The cakes didn’t slide out of the tin as easily as advertised. I had to give them a little nudge with a plastic spoon but they were very well formed once out. I prefer the look of cakes that do not have a cupcake case on them and I’m looking forward to making another batch – perhaps next time something savoury.