One Thursday evening in February Jack and I descended on Westfield in Shepherd’s Bush to sample a few dishes from the menu at Tapas Revolution. I have to admit that I had never heard of the restaurant before the invite popped into my inbox but I was curious as the words ‘Meet the man dubbed as ‘The Antonio Banderas of cooking’ by Gordon Ramsay’ jumped out at me from the evite.

After a little difficulty negotiating our way around the huge shopping center, we came to the stand alone restaurant, situated just outside the ever popular Jack Wills store. Had we been dining at the weekend, we would be sure to have seen queues of eager teenagers waiting for their chance to enter the store. But it was a Thursday evening and the shopping center was less busy and I was glad about it.

Founder Omar Allibhoy himself was there to greet us and talk us through the dishes that we were to taste that evening and we spent a couple of hours devouring (nearly) every dish that was placed before us. 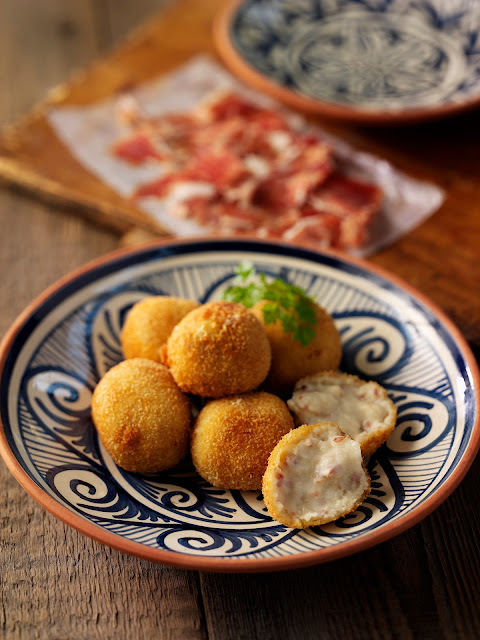 The standout dish for me was the ham croquettes – creamy, salty soft potato with small chunks of ham were encased in a crunchy better and they were so good that Jack stole the leftovers from the pair sitting next to us. The fresh Boquerones that we were treated too were also divine with oodles of fresh garlic and herbs. 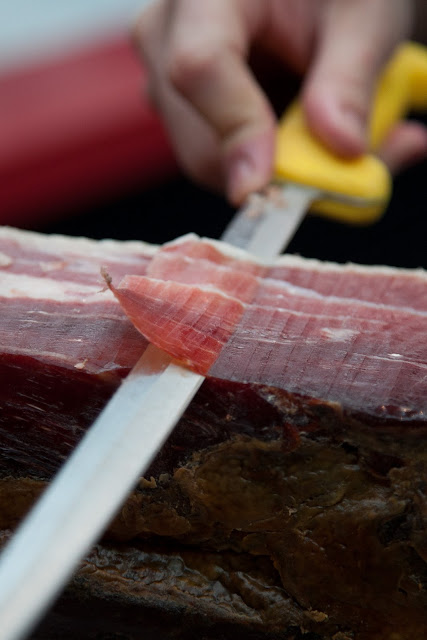 Omar’s aim is to bring authentic and truly delicious food to the UK and he believes he is the first to do it. The food served at Tapas Revolution is totally delicious and from what I know of Spanish cuisine is authentic but I’m not so sure that he is the first person to bring it to the UK. I used to do the PR for Brindisa so know that founder Monika Linton has been serving Spanish food to us Brits for years.

Omar’s passion was clear to us and it was refreshing to see that he is involved of every aspect of the Tapas Revolution experience. Would I go back? Hell yes. When I move to Queens Park in the summer I can imagine that Tapas Revolution will be a regular haunt for us.