I can’t quite believe what us Brits have had to endure since last October. The usual dark wintry evenings, snow in May, constant grey cloudy skies. It’s enough to make even Carole Smiley miserable. 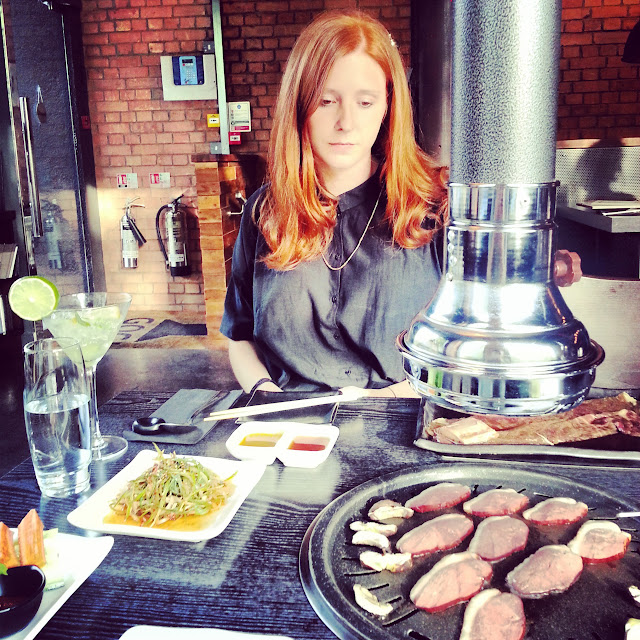 A couple of weekends ago we saw a taste of what I hope is to come for the rest of the summer – blue skies and highs of 20degrees. Yesss, come on! It was the perfect day for a walk along Regents Canal in West London. We were in Little Venice to visit Gogi, a new(ish) Korean restaurant situated on the bridge of the canal on Edgware Road. 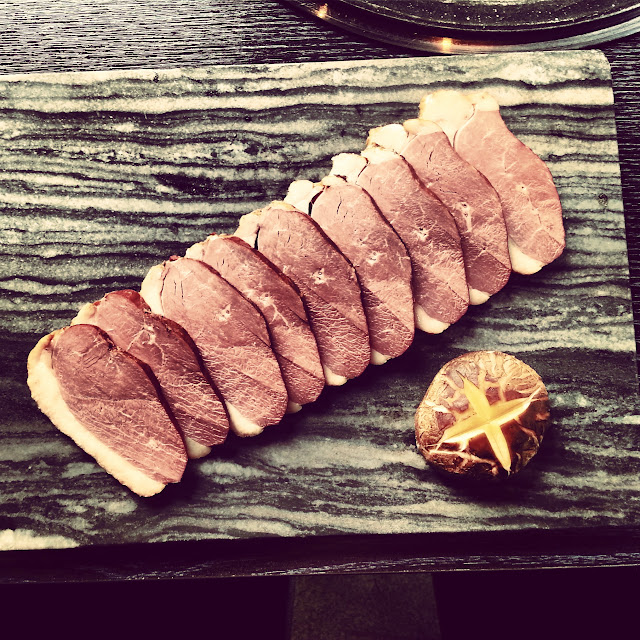 Gogi is impressive from the outside and the restaurant makes an impression even as you walk towards it from the canal. Enter and the decor is equally is striking. Each table is equipped with a grill and exposed brickwork walls surround you. 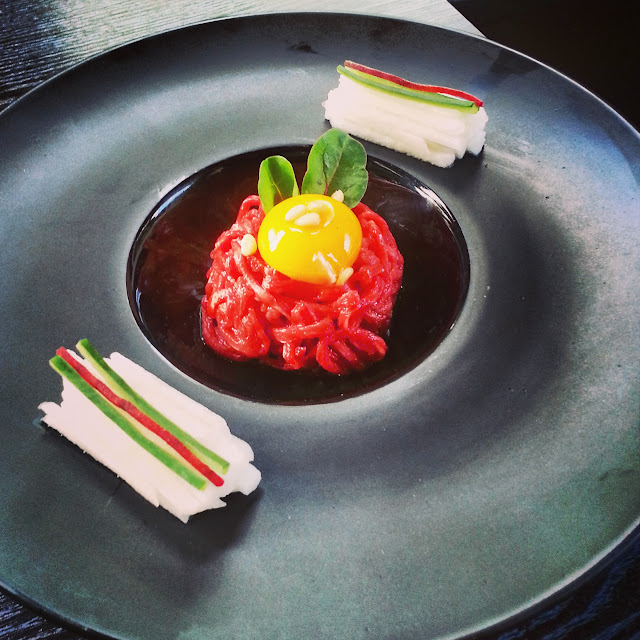 The waitress greeted me by name and I was shown my table looking out over the canal. We opened the menu and my stomach groaned with excitement – I had only had yoghurt and berries in the morning in preparation for a Korean feast. We chose Yuk Hwe (Korean steak tartare), Salmon Hwe (raw salmon served with a Korean hot sauce) and mixed kimchee to start, followed by smoked duck and Bulgogi (marinated thin slices of beef) on the gill and Hot pot Bulgogi (broth with vegetables and glass noodles) for main. We were also persuaded by the waitress to try one of the hot pot rice dishes, rather than ordering plain rice. 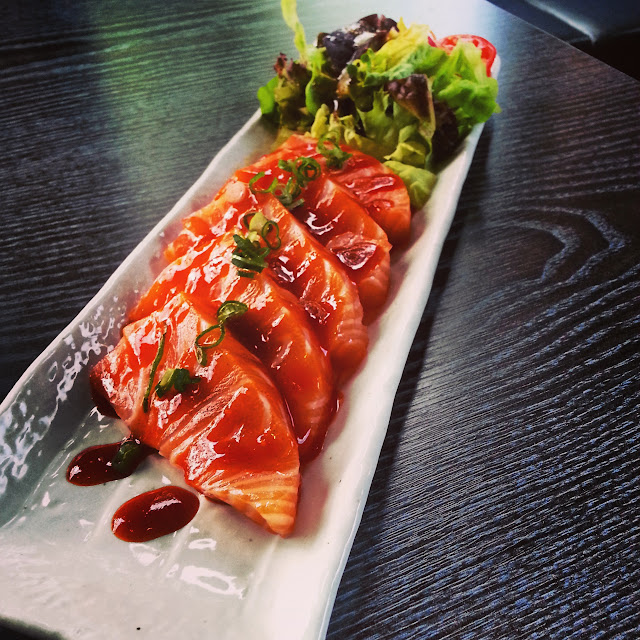 Five large chunks of raw salmon lathered with a spicy Korean sauce arrived at the table – truly excellent for a salmon lover. We quickly devoured this dish before the picture perfect beef tartare arrived. I stopped to take a quick snap before the waitress broke the yolk with chopsticks and mixed it up for us. The cold strips of beef were tender and matched by a very welcome texture from the thinly sliced pear.

Gogi is a real feast for the eyes as well as the stomach. The grill at our table was switched on and the meat cooked by the waitress in front of or eyes. We were shown how to wrap the meat in the lettuce leaf and which sauce to dip each meat into and then left to our own devices. I tried the duck first and couldn’t believe how flavoursome it was. I devoured my first two in a matter of minutes before the waitress returned to cook the beef ribs, which were equally as tasty. 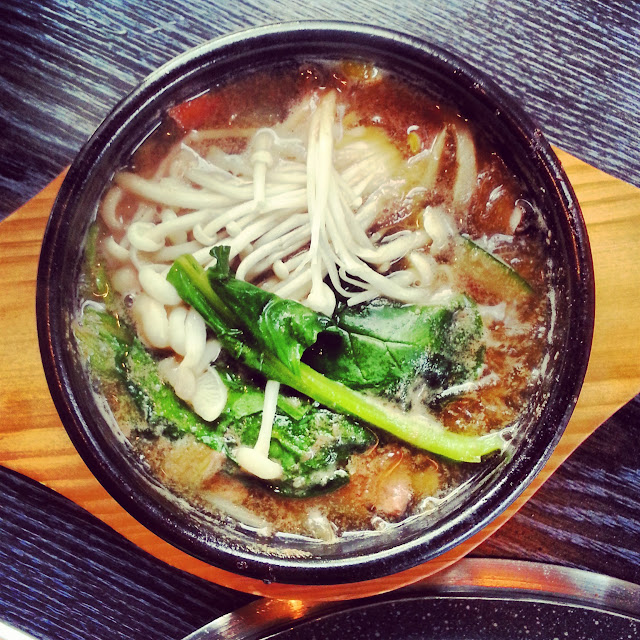 But if I thought the duck and beef were flavoursome, I was about the get the surprise of my life. I helped myself to some Bulgogi hot broth, ladling beef, broth and vegetables into my little bowl. I took one taste and was blown away. I wanted to jump for joy. It was the tastiest and most flavoursome broth I had EVER had. Move over Tonkotsu and Bone Daddies, there is a new boy in town and he means business. I can’t say much more about it, other than it is a dish you absolutely MUST go and try.

I couldn’t resist traditional Korean rice cake for dessert and as I walked out of Gogi into the summery London evening, I realised I had found a new favourite restaurant. What’s better, it’s sort of my neck of the woods when I move to Queens Park over the next couple of months. I tell you what, I’ll be back, if not just for that incredible broth.