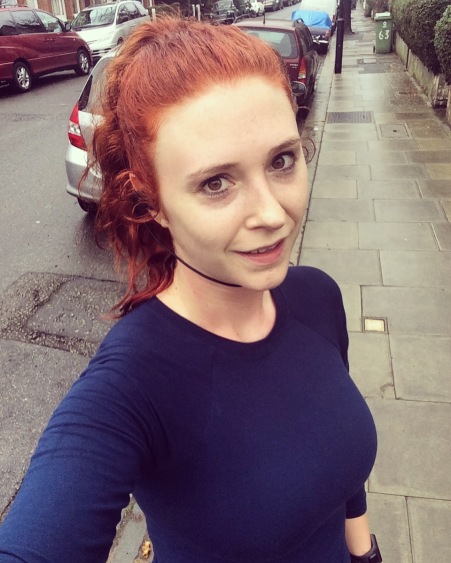 A few weeks ago, I promised that I would update you with stories of my running progress while training for the London Marathon. I seem to have failed miserably so far, despite having every intention to sit down and do it each week. Instead, I reverted back to the good old pen and paper tactic, using a David Shrigley notebook, whose bright white empty sheets had been staring out at me for a while.

It started as a log of time, distance and pace, and over the last couple of weeks increasingly become more of a diary than a page of stats, which makes me realise that I am perhaps ready to write again.

So. My progress. That’s what you want to know, right? The good news is that I had two weeks of following the plan, almost to the letter. Then I quickly realised that if I wanted to ensure I did stick to a rigid training plan, I would need to fit it in around my lifestyle.

It hasn’t been an easy process so far. My London life over the last (almost) 12 years has been lived in distinct stages. If I were to try and describe that to you, I would say I am on my fifth life in this incredibly diverse city, which would probably allow me 100 different lives.

Right now, they are spent mostly in Bermondsey, buying fresh vegetables and posh coffee from my local market on a Saturday, running, and cooking for the week ahead on a Sunday. This time last year I was travelling around Asia, on my way back to London after more than a year in Melbourne – working three jobs at once and drinking my body weight (which was more back then) in red wine.

My life now is a far cry from what it once was and it is taking some getting used to. Add training for a distance which I had never imagined I would even consider thinking about, let alone train for, is a difficult process. I recently attempted to explain to someone why I am running the London Marathon. The best way I could describe it was that I have never successfully managed to train for anything in my life. Exams weren’t revised for, piano and saxophone weren’t practiced, I didn’t train outside my weekly county netball sessions and I have run three half marathons and not trained for a single one. If I successfully manage to train for four months for the London Marathon and complete it, I will never have felt so proud of myself in my entire life, as I will hopefully be able to attribute the dedication to other aspects of my life.

Running doesn’t come without its problems though, especially when training for a marathon. A couple of weeks ago I started to feel pain on my left shin. It gradually got worse and after a session with the physio, was told that I had shin splints. That’s not all – last year I had an MRI scan on my right knee, which shows that I have an IT band issue. Both common running injuries. So I had to take the hard decision last week to have a week off. Right now, I haven’t run for a whole week, or done any exercise for that matter. This evening I’ll be going back to the amazing running club that I joined in the summer last year. I’m nervous that I’ll be slower than I was last week and that it will feel much harder than it did – moving backwards a few steps.

What’s more, my positive mental attitude to training is waning and I’m having to have a quiet word with myself every hour on the hour to make sure that the importance doesn’t slip out of my little head.

Another thing I have noticed over the last week is that my anxiety levels have increased. Last Saturday, my mum visited me in London and I took her to the market. The social anxiety I experienced was almost crippling. I thought about it more afterwards and realised that I hadn’t had an episode quite like it since I started training. I know it might not be the case, but I have a strong suspicion that this might be linked to the lack of exercise.

I’m excited to get back to it tonight, as since starting the training plan I have become much fitter, a lot stronger, healthier and happier. Long may it continue!

Lastly, and this is the part that I’m not great at, I’m still in need of donations from my wonderful friends and family. As I have said before, every £ donated will make this process a whole lot easier. Please head to my Virgin Money page – anything you can spare will be appreciated more than you can imagine.