When I first started this blog around three and a half years ago I never could have imagined what opportunities would come my way. I started Food for Think with a view to sharing and documenting home cooked recipes. I then started to review good restaurants and cafes that I came across and ventured out into hotel reviews when I went travelling. Soon enough I was being invited to a range of events and experiences.

A few weeks ago an invite popped into my inbox entitled ‘Invitation: wood-fired Beijing duck, dim sum and Chinese etiquette at Min Jiang‘. I was intrigued, partly because I love Beijing duck, but also because it would give me a chance to introduce Jack to good (I hoped) Chinese food. Jack has been a lifelong hater of Chinese cuisine – no doubt because the only kind he has been introduced to is from the local gloop ridden local takeaway. I ordered lemon chicken from our local about four years ago and ever since he has vowed never to eat Chinese again.

I could tell he was nervous upon arrival at Min Jiang. We shot up to the tenth floor of the Royal Garden Hotel in the lift and met the group in the bar area. We sat and admired the view of London by night and the added bonus of fireworks lighting up the sky. We ordered a cocktail to start and lept into conversation with fellow guests. The cocktails arrived and we were pleasantly surprised. My Raspberita was a sweet mixture of Triple Sec, Tequila, Fresh Raspberries, Lime Juice and Jacks Bloomin Jiang was a delicious mixture of Bloom Gin, Fresh Grapefruit, Grapefruit and Chamomile Infusion. Whilst sipping on our cocktails we were joined by Huan Gao who was on hand to share her knowledge of Chinese dining etiquette with us for the evening. 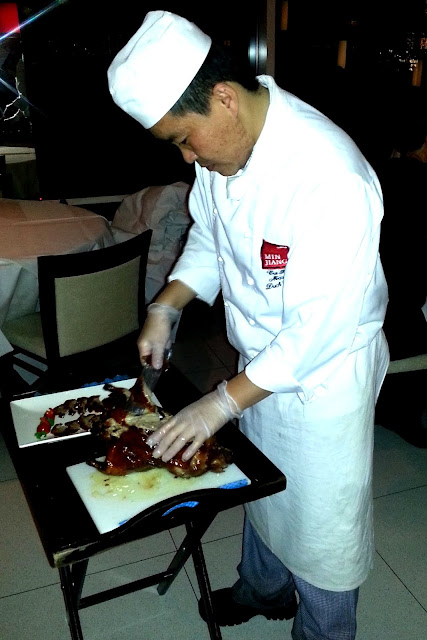 Our group was seated on a large round table at the far end of the dining room. We sat down and our food was served almost immediately. A straight faced man carved the duck next to our table. I watched him first cutting thin slices of skin off the duck, followed by slithers of meat and skin. Plates carrying the skin and meat were placed on the table, along with baskets of pancakes and two trays of condiments and fillings – one with tiny slices of cucumber and leek and the other with garlic paste, radish and tientsin cabbage.

After an explanation of how the duck is cooked so that the skin falls away from the meat (they pump air in between the skin and meat before drying it for at least 24 hours), we were shown how to eat the skin. Pick a piece up with your chopsticks, dip in sugar, place in your mouth and let it melt on your tongue. We all took a piece and dipped in turn. I placed the skin in my mouth and wanted to cry with joy. It was the tastiest piece of skin that I had EVER eaten.

Next up were the duck pancakes. We were shown how to wrap correctly using chopsticks and then left to our own devices. I placed a couple of slices of meat in the pancake, along with shredded cucumber, leek and a dollop of hoisin sauce. I wrapped and bit into it. My mouth is watering as I type just thinking about it. The wraps were soft, incredibly thin and doughy and made to a Beijing recipe using olive oil. Each one takes ten minutes to make. I did a quick maths sum in my head and realised that in total it would have taken the kitchen nearly seven hours to make pancakes for our table alone. 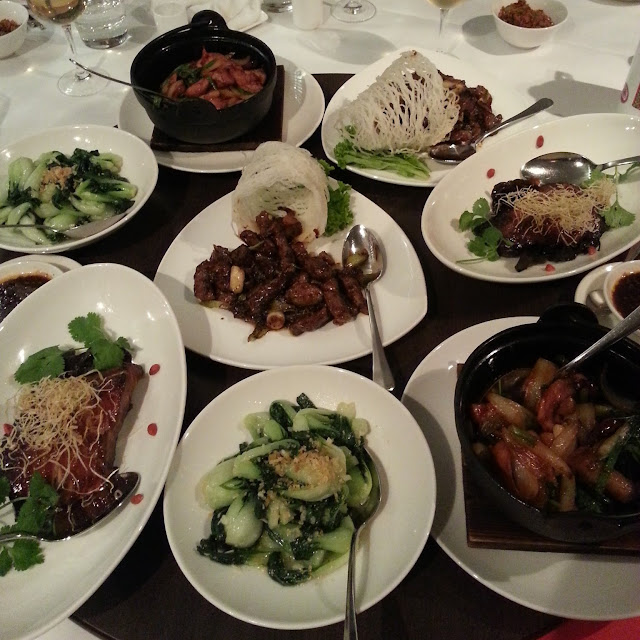 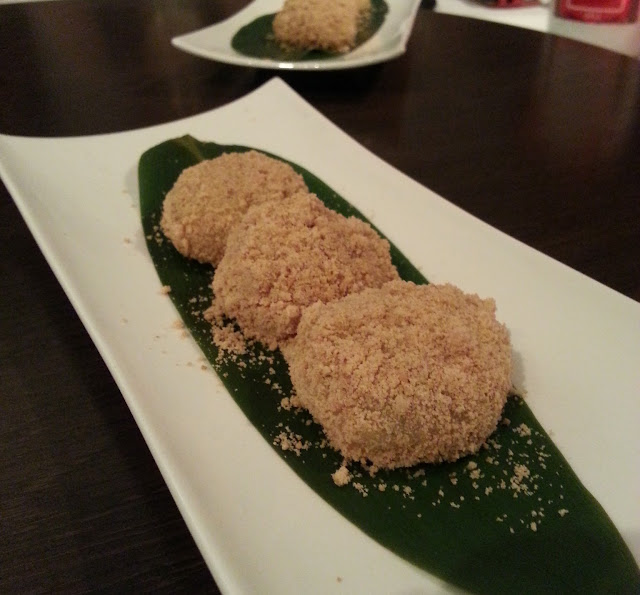 I thoroughly enjoyed my evening and Min Jiang and what’s more, Jack did too. I could see the surprise in his face as he gobbled down pancake after pancake. I could see that he was converted – finally he had tried good quality Chinese food that he would not forget in a hurry. As we left he did something extraordinary (those of you that know him will understand why) – he congratulated the restaurant staff and the PR for putting on a good event. We walked out of Min Jiang extremely full, content and eager to go back for one more taste of that fatty, crispy delightful duck.

Food for Think was a guest at Min Jiang.