I’m no stranger to brunch. I might even go as far as to say that it is my favourite meal of the day. And it’s even better if someone else makes it for you.

My favoutites are eggs baked in chorizo, banana bread and pancakes with blueberry compote to name a few. I have a sweet tooth so anything sweet and cakey usually does the trick. A few of my university friends used to go to Chinatown for a Dim Sum brunch on a Sunday but I never joined them and until last weekend I never thought it was a good option.

I popped to Asia de Cuba at St Martin’s Lane hotel on Sunday at midday to enjoy a range of dim sum dishes and cocktails while listening to a live Cuban band. 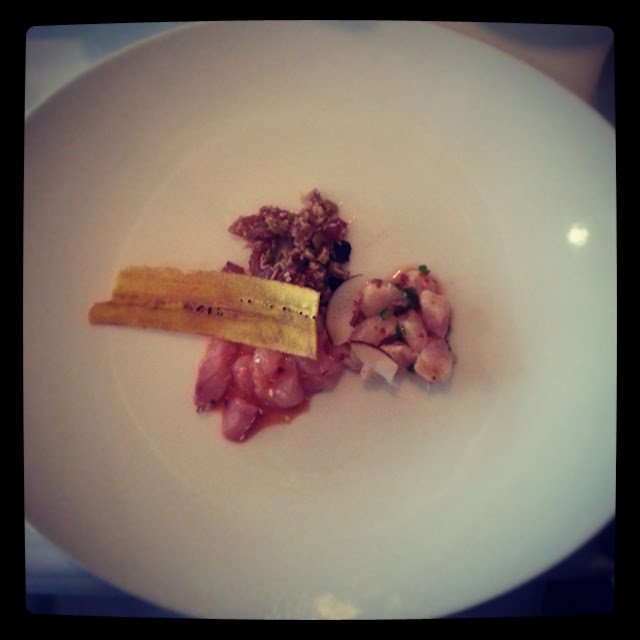 We opted for a sashimi selection to start, which consisted of grouper with seville orange and aji amarillo, prawn, snapper and ‘confit’ watermelon, Scottish salmon and salted avocado helado and curried kingfish and passion fruit. We enjoyed all four dishes but were unsure whether they needed to be served with such a large bowl of prawn crackers and dried plantain. 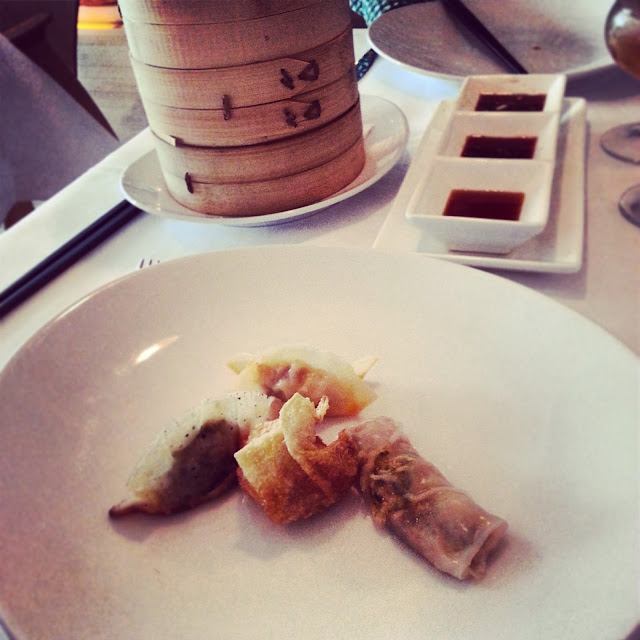 We took suggestions for a couple of the dim sum dishes and ordered seabass, corn & thai basil dumplings, miso black cod & snow pea spring rolls, chicken, spring onion & ginger wontons and bok choi, bamboo shoot and chilli potstickers. Each dish contains three small parcels so it’s a great opportunity to share as many dishes as possible! There were only two of us so we couldn’t fit in much more than four but out of the ones we did try the bok choi was my far our favourite dish. 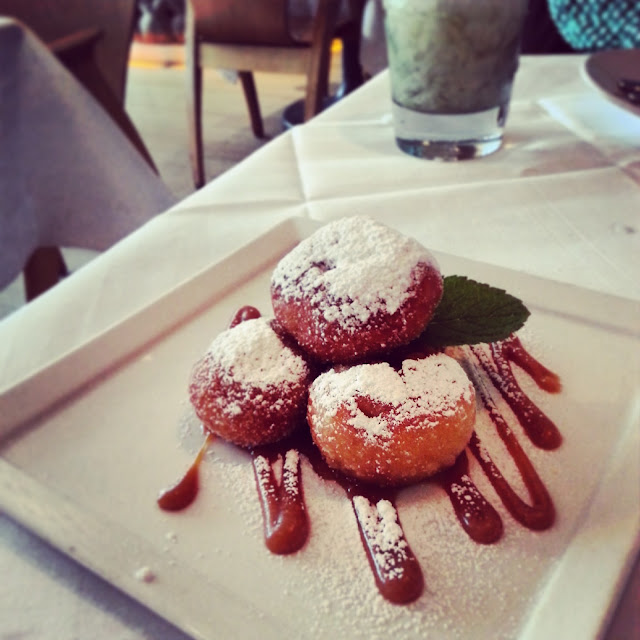 I had been to Asia de Cuba before and I recognised one of the desserts on the menu – Mexican doughnuts – brioche doughnuts rolled in cinnamon sugar and filled with butterscotch sauce. I can’t even begin to tell you how delicious this dish is and I think it might just win my prize for best dessert in London. 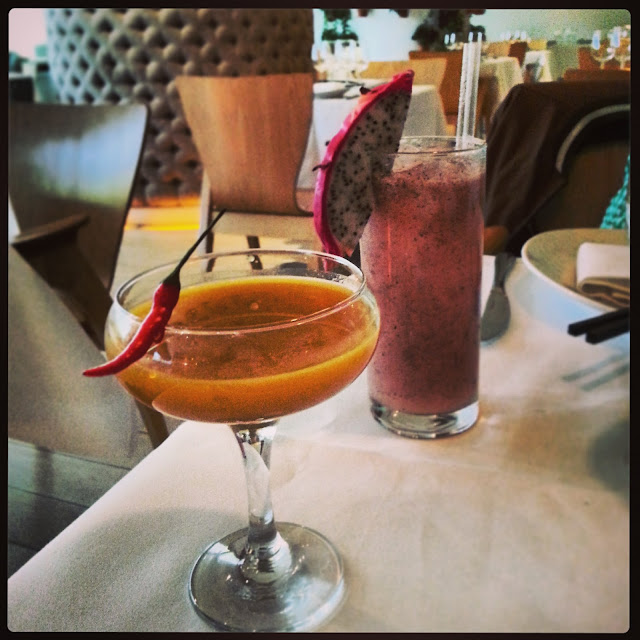 The brunch wouldn’t have been complete without Cuban inspired cocktails and we finished off with a wonderful caipirinha. I would recommend Asia de Cuba for brunch on a Sunday. The band is fun, the food and drink is delicious and the setting oh so glamorous.