It has been eight years since I have lived in Nottingham. But that’s absolutely long enough to remember that the food options were slightly limited when I was around. We had the choice of a cheap and mostly unsatisfying chain, or a ridiculously fancy restaurant that would swallow up a whole week’s salary.

So it’s good to see that the food offering in the city is on the up, especially with the arrival of Marco Pierre White Steakhouse last year.

We visited on a recent trip back home and the restaurant wasn’t what I thought it would be. Housed in a casino, diners can see through a glass fronted wall overlooking the casino. The interior is more sterile that I expected for such a restaurant. 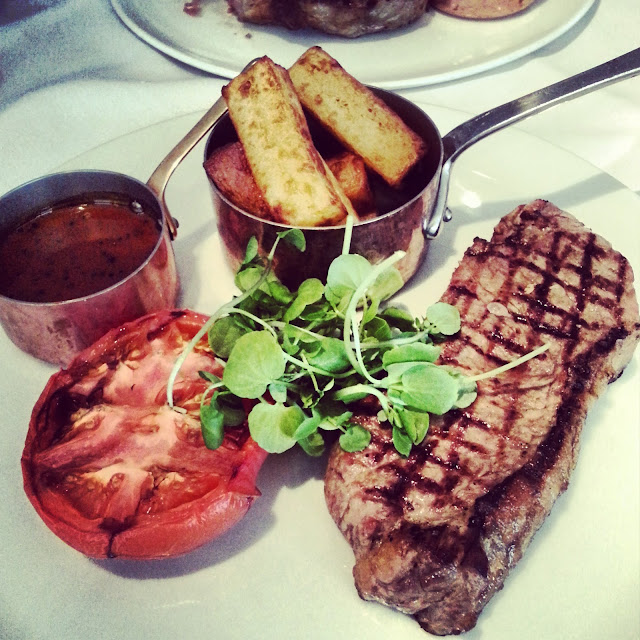 We ordered a couple of starters to share – I had their version of prawn cocktail, which was a deconstructed version with only a few prawns dotted about on the plate. They had tried to be fancy with presentation but it didn’t work well in my eyes – a prawn cocktail is a prawn cocktail and shouldn’t be messed with.

The steak was good without being great. I asked for it medium rare and it was more on the medium side and the thick ‘tripple cooked’ chips were slightly hard, as if the chef had forgotten to cook them three times.

I couldn’t fit in a dessert as I was full after eating all of the steak but I tried a spoonful of my mum’s bread and butter pudding and it was very tasty. The accompanying vanilla ice cream was really delicious.

Following the meal we were gifted £5 worth of tokens to play with in the casino. I had never been to a casino before so was intrigued. One of my group put a few of his tokens on one number on the roulette table and won £35 straight off. Not bad!

Living in London I’m really spoilt for choice with fantastic restaurants and if this was in London I can’t imagine I’d be returning anytime soon. However, Nottingham still has a way to go and I think it’s a good option for a destination meal in the city.