Ask anyone who has known me since I was a young whipper snapper and they will tell you that I have been a lifelong technology geek, mobile phones in particular. I remember getting my first mobile phone so clearly. It was a Sony Ericsson brick with a clear orange back. I was 13 and it was really really cool. 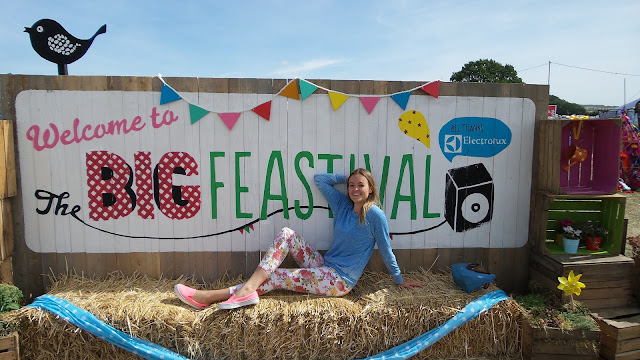 Mobile phones have come a long way since then. Nowadays, a phone isn’t just a phone – it’s your calendar, inbox, mp3 player, camera, you name it, your phone does it. The last phone I upgraded to was the Samsung Galaxy S3 but I still have just under a year to go on my contract so I have been eagerly awaiting an upgrade. But last Thursday I was contacted by the Samsung press office to ask if I wanted to take one of the brand new Samsung S4 Zoom handsets to The Big Feastival on Sunday to take a load of pictures and report back. How could I say no? So off I set with Gabriela on Sunday for a day filled with cheese, music, coffee and lots of children. 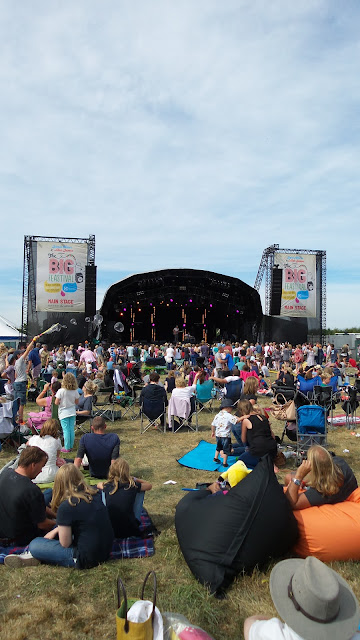 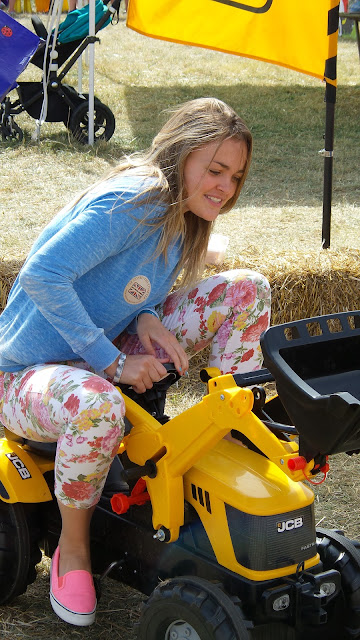 I was impressed with how easy The Big Feastival was to get to from London. Just over an hour and a half on the train and the festival is literally a hop, skip and jump away from the station. We collected our tickets and went in for a wander. First stop, the Tesco tent, where we milked some pretend cows, played pin the tail on the sheep and were rewarded with fresh fruit for winning. This festival was worlds apart from others that I have been to over the summer but I quite enjoyed the laid back atmosphere. 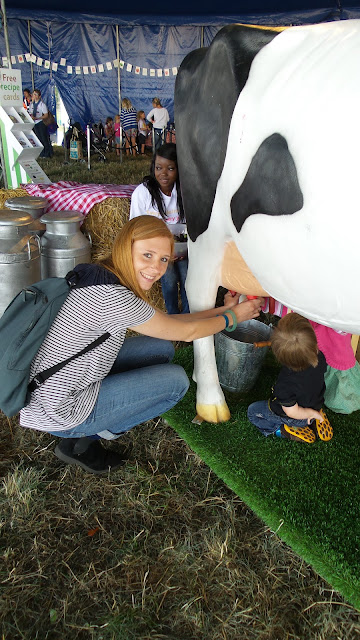 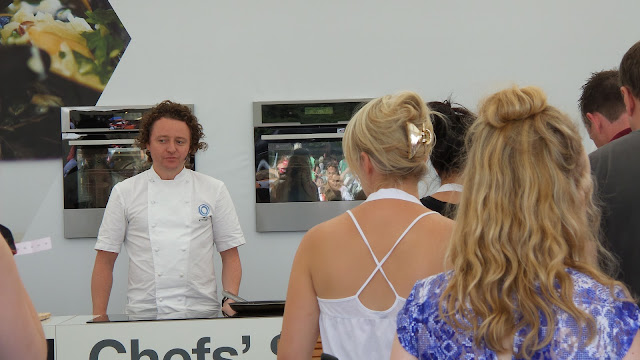 Next up was the masses of food stalls on offer and a quick stop off to watch Gizzi Erskine made our mouths water with her Korean fried chicken. Gabriela almost couldn’t believe Gizzi was making fried chicken (she probably had KFC on her mind) but by the time she saw the finished result, her mouth was watering and she was adamant that she was going to not only make it at home but buy Gizzi’s latest book. The power of the cookery demonstration. 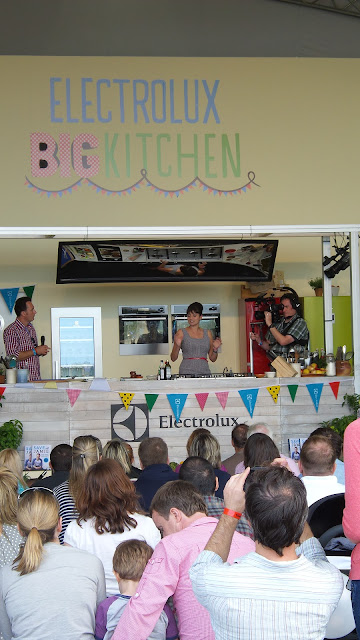 I was snapping away on my phone all day and I have to say that I was so impressed with the quality of the camera. When I first received the phone I was mildly apprehensive due to the fact that it is a lot larger than my other phone and the lens sticks out quite a lot on the back of the phone. But the more I used it the more I liked it. My old phone had a tendancy to slip out of my hand but the design of this phone means that it is actually quite sturdy to hold. 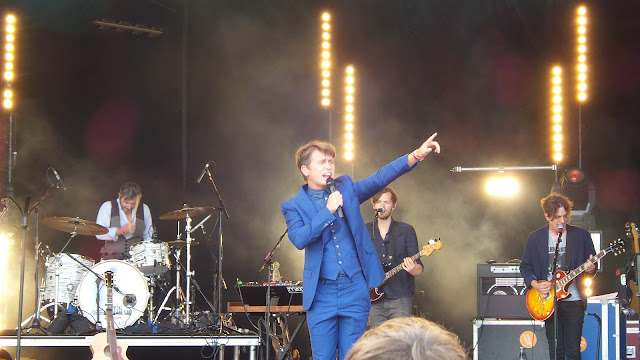 I really love the zoom on the back. Open the lens, twist it and it zooms up to 10x. It was perfect for catching close ups of people on stage and when my friend spotted Alex James stood a way behind us at the top of the sound box while we were watching Mark Owen, it was amazing to be able to grab my phone, zoom in and take a picture of him looking nonchalant. 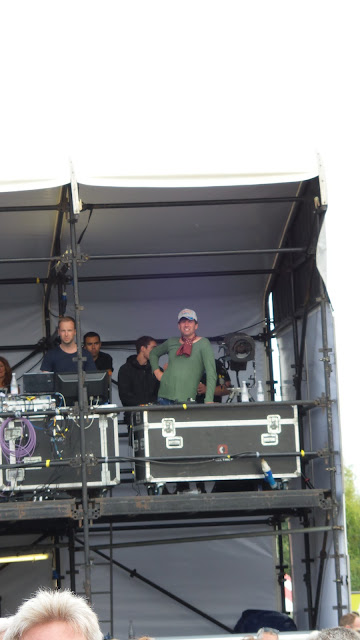 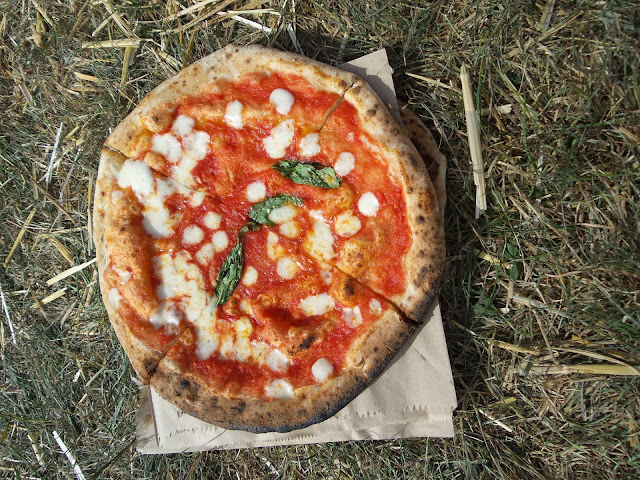 I used a couple of the smart modes – one to capture the amazing pizza that we had from Pizza Pilgrims and another for when I was dancing to the Cuban Brothers. I was moving fast so we used the fast action mode so that I didn’t come out blurry. 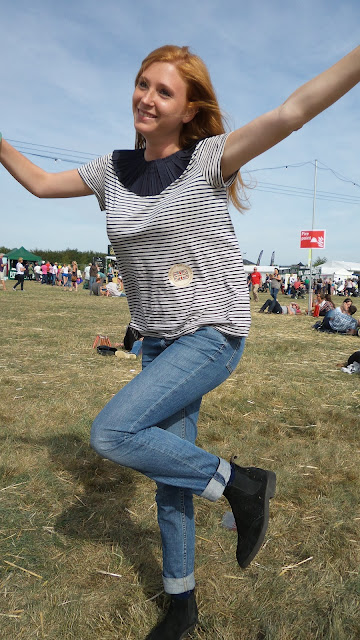 As expected, the battery died on my way home but I had made phone calls and listened to music on the way to the festival and used the camera all day.

I’m so happy with my new phone and can’t wait to try it out in restaurants with low lighting as I hear it’s good for that too.

Food for Think was gifted a Samsung Galaxy S4 Zoom.