I have heard may good things about Inn the Park, which is a cafe / restaurant from Oliver Peyton of Peyton and Byrne fame. You might also know him off the tele – his face has graced our screens on Great British Menu for a while now.

We visited last Saturday at 2.45pm, which was the last lunch sitting of the day. It was a beautiful crisp (very cold!) day in London and the warmth that greeted us as we walked through the door was very welcome indeed.

We were seated and provided with the lunch menu. Almost immediately I knew what I wanted to order. Jack and I pretty much always share so that we can taste more of the menu and we decided on the wild mushroom soup with girolles and rosemary oil and a beetroot salad with whipped goats curd and a salted walnut praline to start, followed by grilled crown Prince squash with baked barley and chestnuts and grilled herb chicken with bubble and squeak and chestnuts for main. We shared a dessert but I’ll go into that later. 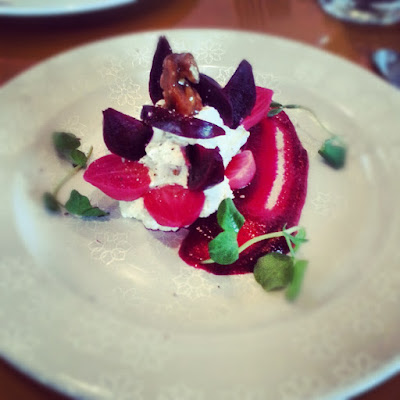 The mushroom soup was not quite what I expected. The soup itself was a little too thick, lacked seasoning and the girolles that sat on top were a little bland. There was not enough of the rosemary oil and the flavour didn’t really shine through. The beetroot salad however was a different story. Not only did the plate look extremely pretty, the range of flavours on the plate complimented each other very well. The salted walnut praline was dotted about and hidden in the pillowy goats curd so that each mouthful was a joyous mix of creamy goats curd, sweet beetroot and sweet and crunchy walnut praline. 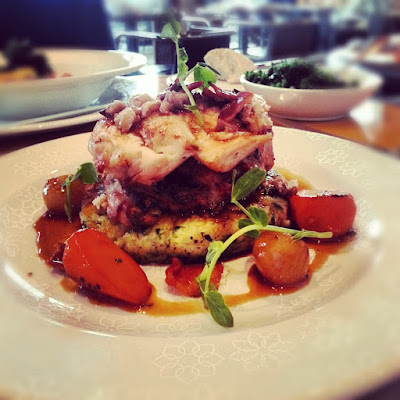 Our mains were just as impressive. Both were presented well with balanced flavours. The chicken was delightfully tender, the bubble and squeak seasoned perfectly. The chestnuts gave the dish a new texture dimension and finished it off well. Both of us adore squash and had always thought Polpo serves the best dish – pumpkin with speck, cheese and pumpkin seeds. Inn the Park has a dish to rival this with the Prince squash. Again, chestnuts featured on the plate but this was no bad thing. 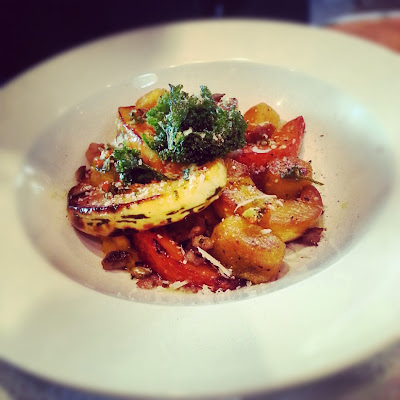 We were full but felt that we just had to try a dessert. We opted for the treacle tart with clotted cream and it arrived very quickly. It was a mini tart for one with a perfectly formed scoop of cream on top. At first I was disappointed that the tart wasn’t warm but then I realised that a treacle tart is hardly ever warm and by the second mouthful I was in heaven. The cream was thick, dense and utterly moreish. The tart filling was sweet, the pastry crumbly. 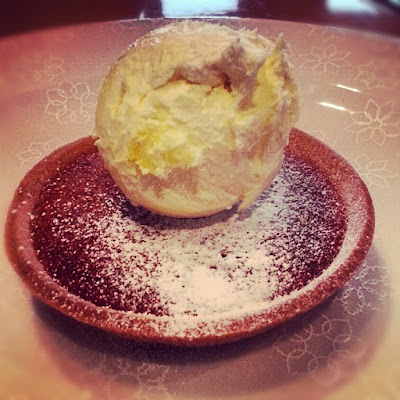 It wasn’t just the food that I enjoyed at Inn the Park. I loved the decor – Mid Century Modern, all encased in a wooden shell. The view wasn’t half bad either from where I was sitting. We left Inn the Park and had a quick stroll around the park before darkness got the better of the day. I am looking forward to heading back to Inn the Park in the warmer months so that I can enjoy the beautiful surroundings al fresco. Roll on summer.

For further information, please visit the Inn the Park website.

It has been a minute. Sober weekend calls for cooked breakfast, shakshuka style