I don’t know how Jack does it. It’s like he has some sort of in built independent world travel guide embedded in his brain. Take Stockholm as an example. We were heading to Åre for a skiing trip but we were to enjoy a day in Stockholm on either side of the trip. I had spent a couple of hours at the computer before we left, trawling through pages of content to try and find the best places to eat and drink.

We arrived back in Stockholm at 7am after an overnight train journey on a sleeper train down from the mountains. Bleary eyed, we dragged our bags to the lockers and headed to McDonalds for a coffee. The problem was, there were 11 of us and true to the style of travelling with a large group, not everyone agreed with a stint in McDonalds. So it was Jack to the rescue and after a couple of minutes on my ipad, he had a suggestion – an original 1950’s cafe called Konditori Valand, which was a 20 minute walk away from the station. And it opened at 8am. Perfect.

We set off walking the streets of Stockholm, enduring the bitterly cold wind, eyes half closed, dreaming of the cup of coffee and Swedish breakfast that would hopefully work it’s magic. As we drew closer to the street, panic alarms started to sound. The cafe didn’t have its own website – Jack had found it on a small blog and we weren’t even sure that it would still be open. We drew closer and closer and finally spotted it. 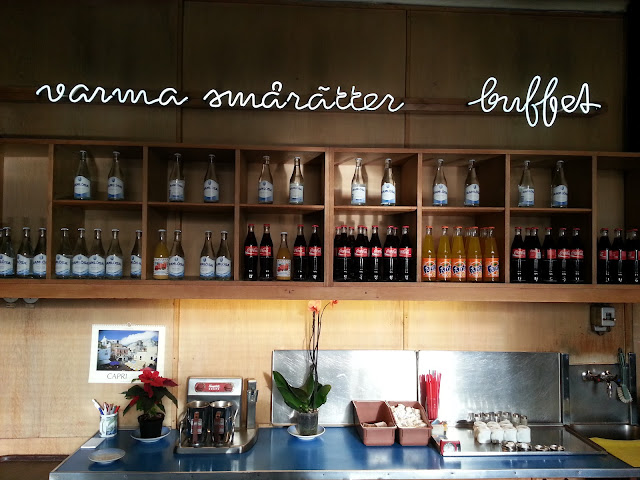 We pulled open the door and all bundled inside. Konditori Valand was opened by Magdalena and her husband Stellan Åström in 1954. Magdalena was talking on the phone as we arrived but quickly ended the conversation as we walked through the door and welcomed us in her own way. Not one of us seemed to be able to concentrate on ordering, or even looking at what was on offer to begin with. We were like giddy kids in a sweetshop and as we all gawped at our surroundings, the lady’s confusion set in and slightly irritable, asked us what we wanted. We had gone for breakfast but on closer inspection there didn’t seem to be much on offer. In front of us sat an old 1950’s counter with trays of freshly baked goods. On each tray, which was capable of holding about 20 cakes, sat 6 cakes, evenly and perfectly spread. 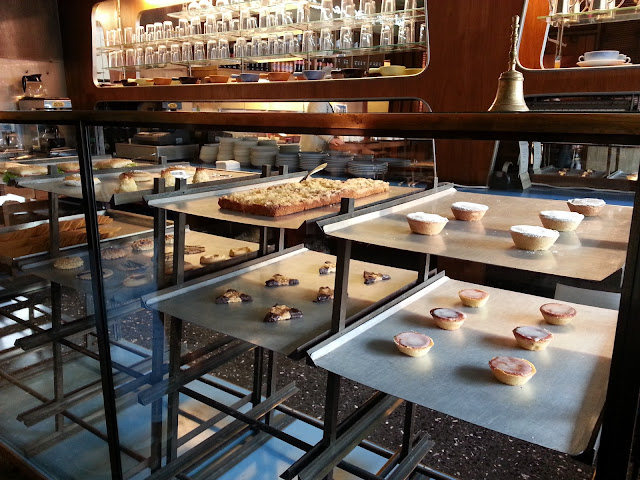 When we had all calmed down, we placed an order for hot chocolates and coffees. The lady flipped on the percolators and set to work. The food on offer wasn’t to everyone’s taste but it didn’t look as though many other people were going to snap up minimalist spread so we took a few cakes and a couple of sandwiches, which were actually rather delicious. 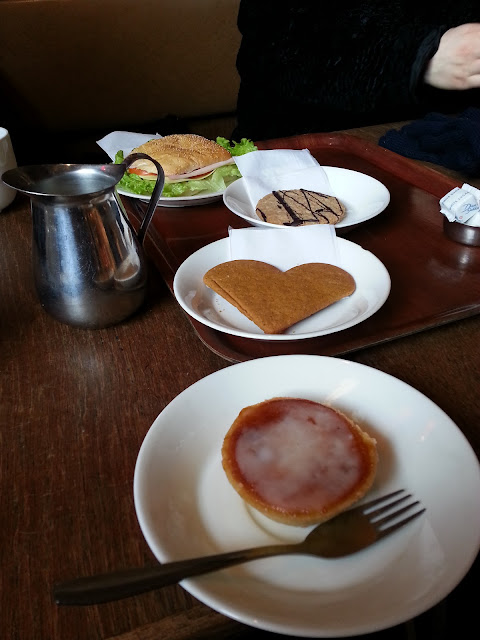 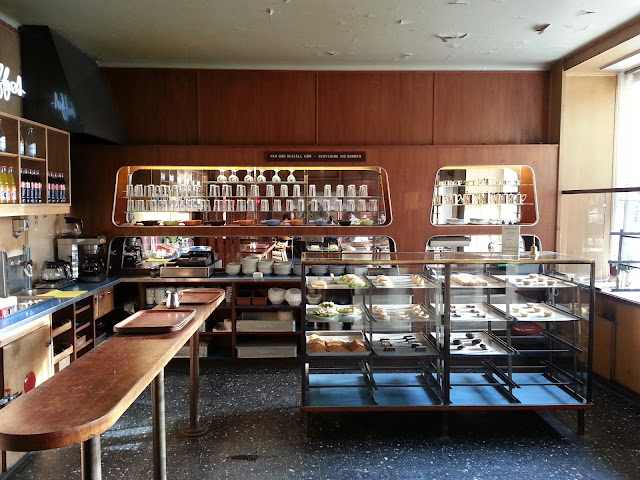 While we waited for our drinks, the kids phones came out and we had a snapathon. It was like we had stepped back in time. The cafe looked as thought it hadn’t been touched since the 50’s – some of the beautiful original mid century modern furniture was weathered, ripped and stained. The ceiling in the main room was cracked and needed a little TLC. But it didn’t matter because it was the little touches that really made the place. The Campbells soup warmer, the old chill boxes, the perfectly lined crockery and soft drinks bottles, the phone that sat on the table next to the door, the stand alone serving counter. This was the cafe of our dreams.

By the time we were ready to leave, a couple of tables around us were occupied but we couldn’t help wonder how many people would pass through the doors that day. We couldn’t believe our luck that we had found perhaps one of the best original 1950s cafes in the world. I have never seen anything quite like it and doubt I ever will again – until I have my own one day perhaps.