I think the biggest and most recognised tradition at Wimbledon is the strawberries and cream. It’s the first thing most people think of when I ask them, and judging by the entries on my Food for Think Lavazza Wimbledon Ballot competition, most of the entrants do too.

But it’s not all strawberries and cream at Wimbledon it seems. I did a little research at the weekend and apparently in 2009, 20,000 portions of frozen yoghurt were sold during the tournament.

So I thought I would put my Lazavva A Modo Mio to the test and make some espresso frozen yoghurt of my own. I also decided to toast and caramelise a few almonds and crush them on top, since almond pairs so well with coffee. 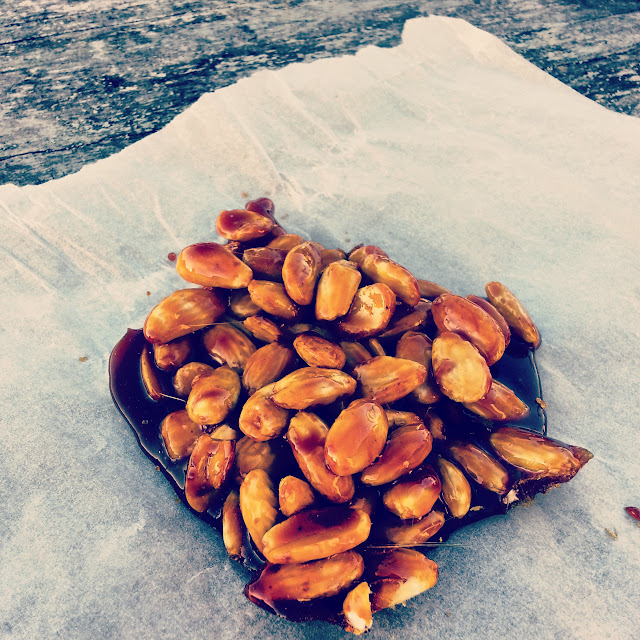 This recipe is really simple, especially if you have an ice cream churner. I would love to see this treat on the menu at Wimbledon – refreshing frozen yoghurt with the welcome caffeine hit and the delicious taste of Lavazza coffee.

Don’t forget, you could be in with winning lots of Lavazza goodies, including 350 iTunes vouchers and tickets to Wimbledon (comp closes 19 June). Simply head to wimbledon.lavazza.com to take part in the ‘Enjoy Your New Tradition’ competition. And if you don’t win, you can still purchase the Limited Edition Wimbledon A Modo Mio machine here.

What is your favourite coffee recipe? Let me know and I could be testing it out as one of #NewTradition entries! 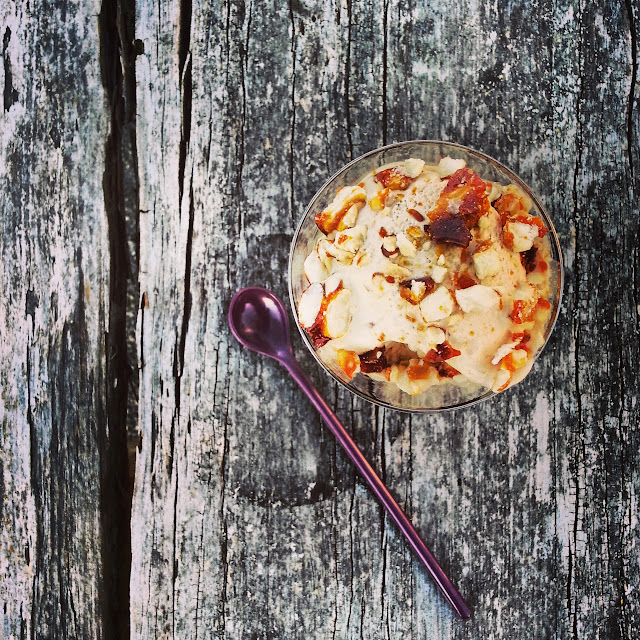 Ingredients
For the yoghurt

Method
1. To make the yoghurt, mix all of the ingredients together in a bowl and leave in the fridge overnight.
2. Churn the yoghurt to your machine’s instructions and then pop back in the freezer for a couple of hours.
3. Toast the almonds in a heavy bottomed pan until just turning golden brown (this brings out the nutty flavour that really compliments the coffee). Remove the almonds from the pan and set to the side.
4. Place the sugar in the pan and wait until it starts to caramelise without stirring. When it starts to go a golden colour, add the almonds coat the almonds by stirring.
5. Place the almonds on a lined baking sheet and leave to cool. Wrap in a towel and smash with a rolling pin.
6. Serve your frozen yoghurt and sprinkle the crushed almonds on top.