What is it with the current obsession with chicken? Oh yea, maybe it’s the fact that, cooked well and with a bit of imagination, it’s utterly DELICIOUS!? I threw in imagination here because last week I was invited to try Jubo, a brand new Korean restaurant at Bedroom Bar in Shoreditch. Opening in September, Jubo will feature a Korean menu with a difference. 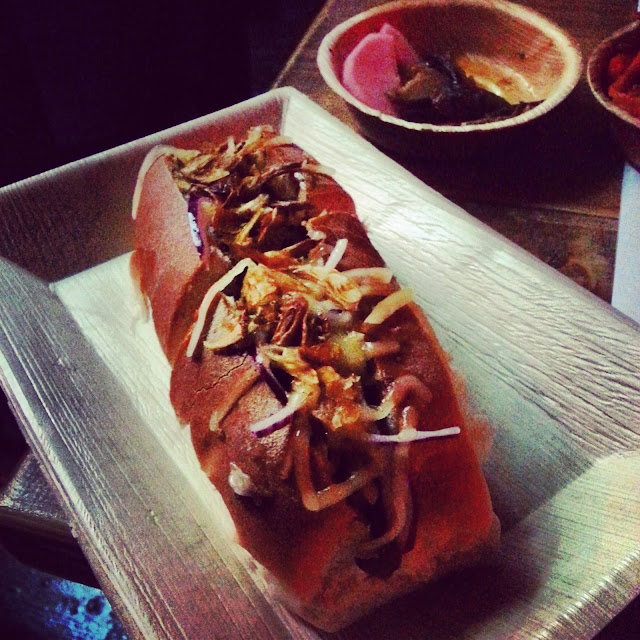 Jubo takes inspiration from K-Town in New York and the street foods of Seoul, South Korea and the team has developed a sharing menu with dishes including chicken wings and strips (boneless thighs), steamed buns, subs and pickles. 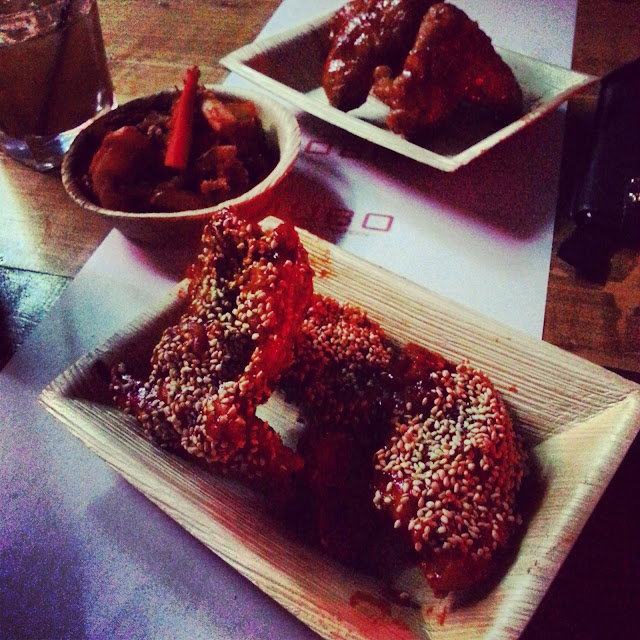 We tried most of the menu last week and were impressed with the honey & soy chicken wings and the pickles. The steamed buns and steak bulgogi sub needed way more filling (we ended up scraping the steak bulgogi filling out) but I’m sure with various feedback those changes will be made before opening.

We also enjoyed a taster of Korean Hite beer, a good thirst quencher to match the chicken.

JUBO will open its doors for the first time on 06 September 2013.