Tell me your favourite hangover cure. Mine? A good quality, well cooked piece of meat, plus everything else my friend and I tucked into yesterday at Central & Co, a new all-day Brasserie and Bar in the heart of the West End.

After cycling into Soho from Hackney Wick, we parked up the bikes and headed for our table, which looked straight out onto one of the world’s most famous shopping streets, Carnaby Street. 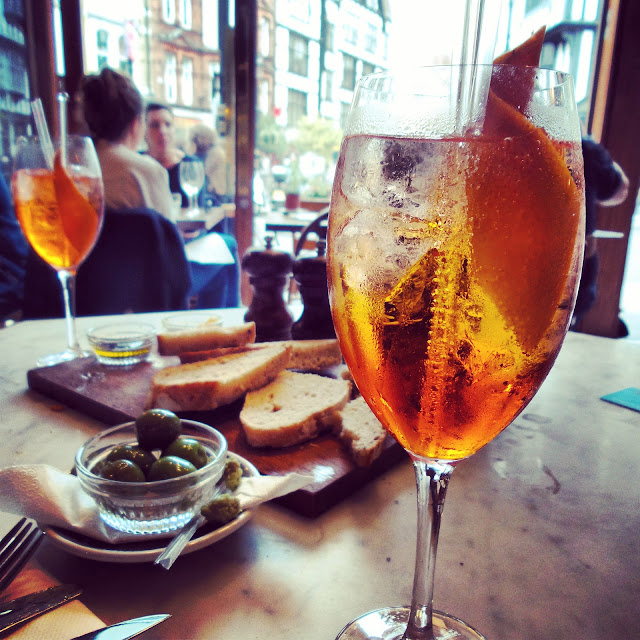 We ordered some olives and a bread board to start, along with an Aperol Spritz to quench our thirst and perused the menu, which was separated into ‘Brunch’, ‘Small Plates’, ‘Large Plates’ and ‘Sides’. We opted for the Flank Steak main with chips, watercress and roasted tomato but decided to share a Duck Egg Scotch Egg, Slaw and Seasonal Greens as well. 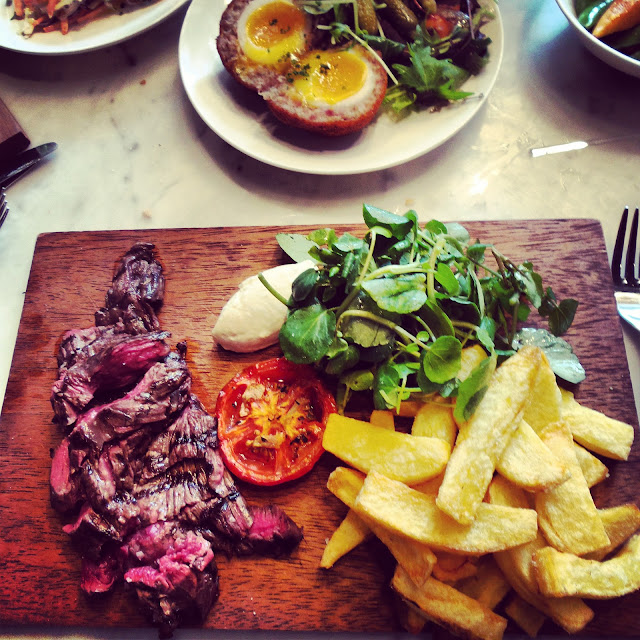 After munching on a load of delicious bread, the food arrived at the same time and filled our table. Lucy winced as she saw how much there was in front of us but then quickly followed with a smile. She tucked into the duck egg scotch egg and the words ‘oh my god, that’s amazing’ proceeded to leave her mouth. I sliced off a morsel from my side and tasted. It really was delicious – gooey egg yolk encased in flavoursome meat with a crispy exterior. The pickled salad on the side was an excellent addition.

I adore flank steak and ours didn’t disappoint. It arrived medium-rare with a dollop of horseradish cream, watercress and half a roasted tomato. My only wish was that there was more tomato on the plate as there wasn’t enough to compliment the amount of meat on the plate.

Despite the huge amount on the table in front of us, we managed to eat almost all of it. We complained that our stomachs were so full they were hurting but as soon as the dessert menu was placed in front of us, we found a second wind and ordered Beetroot Brownie with Chocolate Mousse and Vanilla Ice Cream and Apple, Pear and Almond Crumble with Honeycomb Ice Cream. 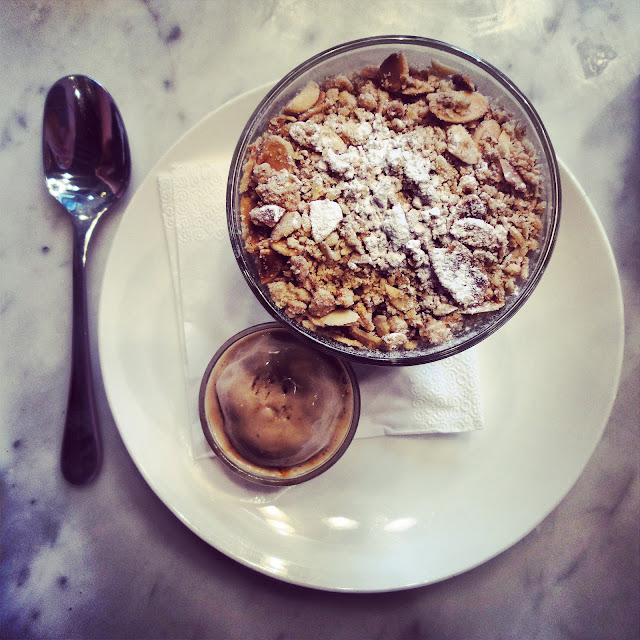 Beetroot and chocolate is an excellent combination and the beetroot ensures that the brownie has a delightfully gooey centre. We shared both desserts and couldn’t choose which one we preferred at first but after a while I decided that the warming crumble was for me. Tender fruit with a crispy topping. Delicious. 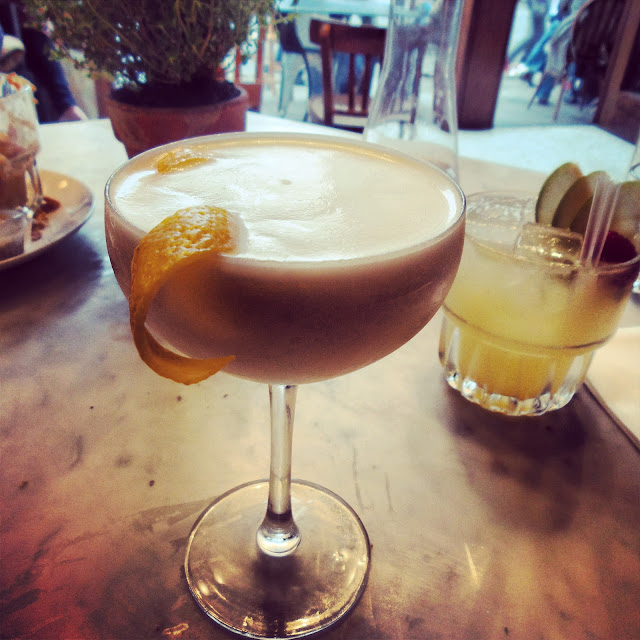 Lucy also ordered a dessert cockatil, Creme Brulee Martini, which consisted of citrus vodka, lemon curd, vanilla syrup and double cream. Now, I’m not usually a fan of cream in cocktails and it took a while for Lucy to persuade me to have a sip but I totally fell in love when I did. I want to know how to make this at home. It really was like pudding in a glass.

The service at Central & Co was fantastic. Throughout our meal we were served by three lovely waitresses who smiled throughout and provided great recommendations when asked. The setting is relaxing, luxurious and well designed. I loved it and I would thoroughly recommend heading down, if only for a small plate and a glass of wine, next time you are in that part of town.

Food for Think was a guest at Central & Co