Awards ceremonies are always fun. If nothing else they give you a chance to dress up and let your hair down and the Drapers Accessories and Footwear Awards last night at the Grosvenor House Hotel was no exception. But as much as I love getting glammed up, I’m not very good at planning. I knew about the awards months in advance and still managed to leave outfit planning to the last minute, running around like a headless chicken the night before trying on every dress I own.

The one thing I did plan though, granted still only a couple of days before, was a blow dry at Headmasters in Mayfair. Having never been to the hairdressers for a blow dry, I was looking forward to the post work, pre event treat.

I arrived fresh from work and met Stephanie, manager of the salon, who would be making me look a whole lot more glamorous for the evening. After a quick consultation I was off to the sink for a shampoo, condition and one of the best hairdresser head massages I have ever had.

My hair was dried to 90% before Stephanie came over to work her magic. My hair was parted and Stephanie, armed with blow dryer in one hand and brush in the other, set to work to create luscious waves.

No longer than 20 minutes later Stephanie was brushing my hair to the side and clipping it into place. My hair looked beautiful – bouncy with very glossy waves.

I don’t know how I ever went to an event without a blow dry. That may have been my first but it certainly won’t be the last. 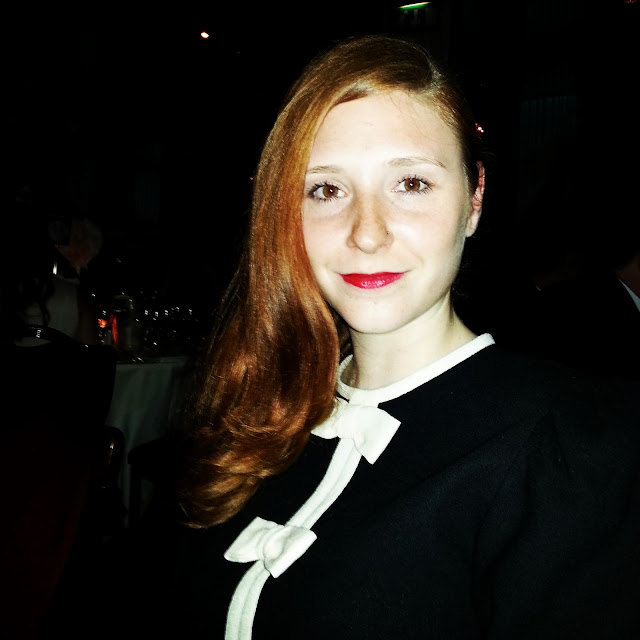